The cities of Montebello and Commerce share the history of Simons because some of the areas formed by the brickyard were carved into the boundaries of the City of Commerce in 1960.  Click on those cities' blog posts for more discussion on Simons Brick Company.

Proprietor Walter Robey Simons was a transplanted Iowan descended from English brickmakers. When Mr. Simons started the brickyard, family dwellings were built in the compound for his workers, and he imported workers from the Mexican states Michoacan, Jalisco, and Guanajuato. The job-seekers came by train, leaving behind the turmoil and uncertainties of the Mexican Revolution, to find work, and send for their extended kin.

The brickyard reached 350 acres and a population of over 3,000 residents at its peak in the 1920s. Due to a prolific manufacturing operation of quality common red brick coupled by the business acumen of Mr. Simons, the company had a key role in early 20th century Southern California architectural history. In addition to the well-known structures mentioned above in the Fedco Reporter article, other places where Simons bricks can be found are the Santa Ana Theater, the Getty House, the walkways of Olvera Street, the original 1913 portion of the Natural History Museum and the 1927 Fine Arts Building in downtown Los Angeles, along with countless construction projects, including affluent residences. The reconstruction of San Francisco following the 1906 earthquake was aided by Simons masonry. (The 1936 film San Francisco, starring Clark Gable, featured Simons bricks).

Walter Simons collaborated with other businesses, in example, this truck ad. 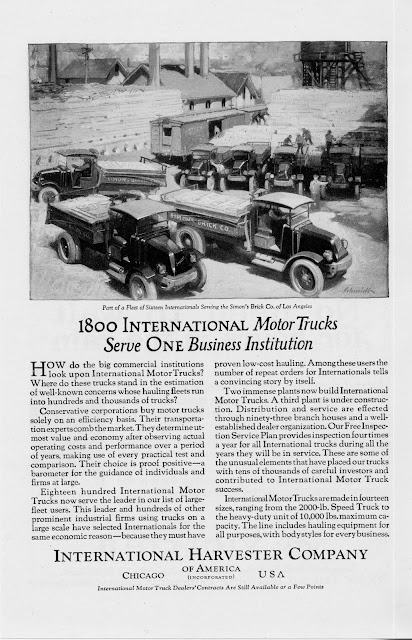 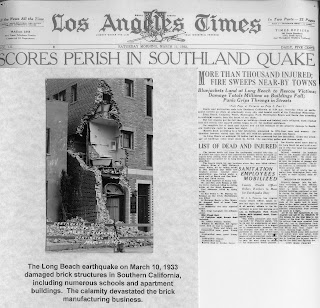 In 1952 the company was tending to the details of closing up shop.  Notice on the above the return address on the envelope indicates the company office on Boyle Avenue (Plant No. 2).  [Update posted March 22, 2012:  read a 1954 article on the filling in of the land on the former brickyard by scrolling to the end of this page.]

John Williams resided in the Commerce area as a young man, and he used to visit the brickyard.  The current production of brick products is based in Corona, California.

El Pueblo de Simons, as it was known, had its own post office, company store, elementary school and a town sheriff. Gradually, a brass band was formed, as well as baseball and softball teams and Fiesta beauty queens to be represented in local parades and sports events.


The story told to me was that Charles (Carlos) Vargas, while held as a prisoner of war, was placed on a Japanese ship.  While sailing en route from the Philippines, the ship was attacked by the Allies.  (See updated blog post June 15, 2017)

11.21.2021  Thanks to Al Lemus who supplied these years and years ago and I am just now posting:
The two photos above and below are described by Al:  taken from the late 40's or early 50's. One of them shows Vincent Olague, Albert Martinez Dora Romo (now Gurrola) and my brother Luz. My brother Luz and his friend Carmelo Garcia are in the other. Notice the fashions of the time. Luz wearing a "Loafer Jacket" and high water Levis and Carmelo wearing a long sleeve shirt buttoned at the top and dark "Pachuco" pants. 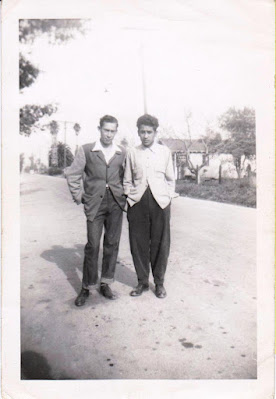 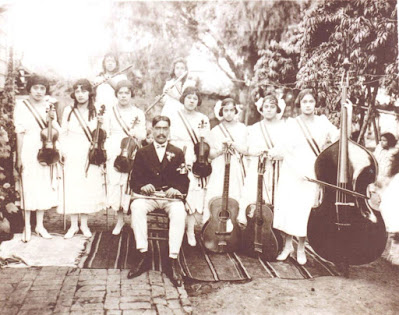 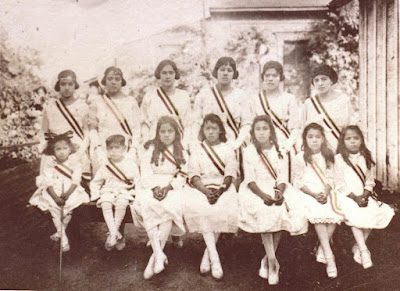 Al wrote:  Probably taken in the early 20's. Some sort of a girls' club at the time. One photo shows Mr. Salvador Nunez seated and the girls standing, holding a variety of musical instruments. I really don't think they actually played the instruments. My aunt Jesusita, the third from the right, didn't play the guitar. I wouldn't be surprised if one of those guitars belonged to my Dad. The other photo is of the girls only. My aunt appears on this one as well. She is standing, first left to right.

Above photo described by Al:  It was taken at the conclusion of the 1949 or 1950 (I think) Pioneer Days Parade in Montebello on the corner of Whittier Blvd. and Taylor Ave. Rear left to right are myself, Manuel Martinez, my brother Carlos and Vincent Olague. Front left to right are Joe Arroyo, my sister Carmen,Agnes Vasquez and my brother Luz. We rode in a float entered by the Simons Progressive Youth Club. As you can see the theme was very Mexican. I was supposed to be serenading Miss Vasquez. Manuel and my sister were sitting at the rear of the float holding the American and Mexican flags. The other four guys were playing the serenade music. I think we won some kind of an award.

Mt. Carmel Church and Father Charles Espelette are seen on this webpage photo. 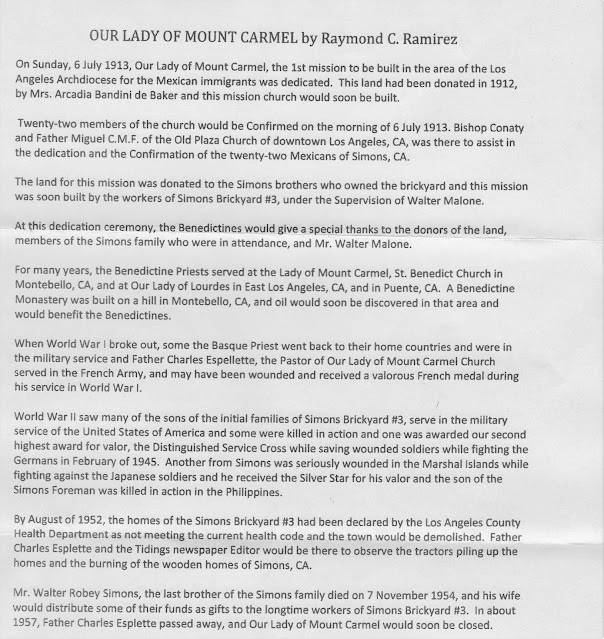 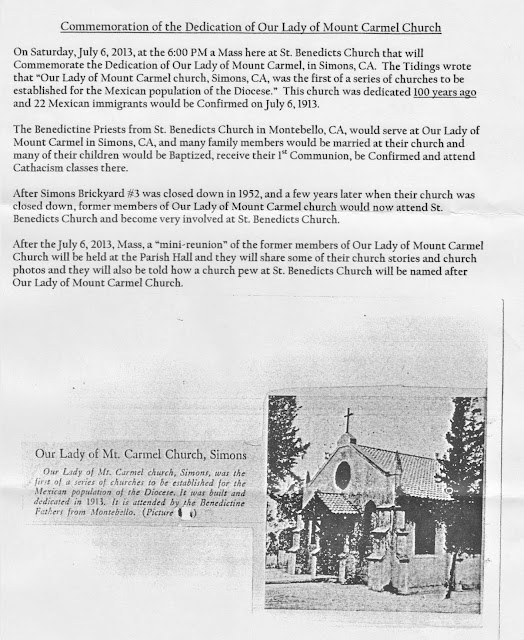