Town of Ramirez, near Whittier, Cal.

The following covers land activity pertaining to areas gradually annexed by the City of Whittier to what is familiar to us today.

Ramirez must have thrived here in a place that became known as Los Nietos.  In 1836, the settlement had 200 inhabitants; in Thompson & West's 1880 History of Los Angeles County, there were about "20 native California families, in nearly as many adobe houses."  The book also described that there were 2 stores, a school-house, and one saloon.  The primary crops were corn, barley and beans.  Many sheep and hogs abound, too.  An 1876 visitor to Los Nietos observed the abundant water supply to the "veritable garden spot, being largely rolling hills amply watered by the San Gabriel River."  The visitor, Ludwig Salvator, pointed out the area's reputation for a fine crop and high yield of Indian corn.

The 1900 Census still included Josepha R., age 70, and that she bore 17 children, with six still living.  Also listed are daughters Louisa [sic] and Anna along with a son Leon of 17 years of age.  In the 1910 Census only Louisa (now 64 years of age) is listed along with sister Anita and brother Facundo.  The 1920 Census lists Facundo as a 51 year old walnut farmer residing in Los Nietos.  An obituary notice reported the passing of "Miss Luisa Ramirez" at her home in Los Nietos on September 20, 1928 at the age of 84.

People poured into Los Angeles for the land rush.  Some created syndicates to invest in land and hoped to turn around and sell subdivisions.  An example was a group from Michigan that included Simon J. Murphy who established a citrus ranch after the land boom went bust.  But before he formed the ranch enterprise the syndicate did what everyone else was doing - heavily promoting and trolling for buyers.  The group promoted the former Ramirez tract.

In 1941 the Murphy Ranch Company placed about 800 acres on the market.  Click here for Flickr to see beautiful photographs of the ranch from 1941.  Two of its selling points were the citrus and avocado trees and proposed horse-riding trails to be featured near the envisioned tract called Friendly Hills.  Development did not appear to gain ground until the mid-1950s.

Below were some of the publicity photos from model homes (updated 4-13-2018 these model homes were built by Sun Gold Inc. and located 3/4 of a mile east of Friendly Hills at Whittier Blvd. & Santa Gertrudes.  Sun Gold also built the homes at Friendly Hills):

The Times reported on April 4, 1965 that some 500 undeveloped acres of the last of the Murphy Ranch land was about to undergo construction into 600 homes, a country club, and an 18-hole golf course.  In March, 1966 the news reported that the country club and golf course project was led by Walter R. Gayner.  The mention in the paper that the golf course would be completed in the following year helped to fuel home buyers in the tract near La Serna.  A tremendous amount of landscaping and land-shaping moved the golf course opening to January of 1968.

(Sometime between the 1950s and the home building of the following decade a road underwent name changes:  the new Mar Vista Street replaced the former Baldwin Street near Uptown Whittier which turned into 6th Street as it extended east.  The Mar Vista name also replaced a stretch as its approach  the intersection of Colima, known as La Sexta Street.)

In subsequent years, the clubhouse became a hub for community meetings such as Republican groups and events such as fashion shows featuring celebrity designer Mr. Blackwell.

In mid-summer of 1971, 107 units of homes were advertised on a 40-acre site adjacent to the country club.  The developer was Coast Construction.

In 1983, D&D Development Company announced its plans for Friendly Hills Estates, a gated community of 99 view homes above the country club on Mar Vista near Colima.

In the 2003 comedy "Bringing Down the House" with Queen Latifah and Steve Martin, the ivy-covered exterior below was photographed, introducing the scene in the dining room.  The camera shows the golf course through the large dining room windows. 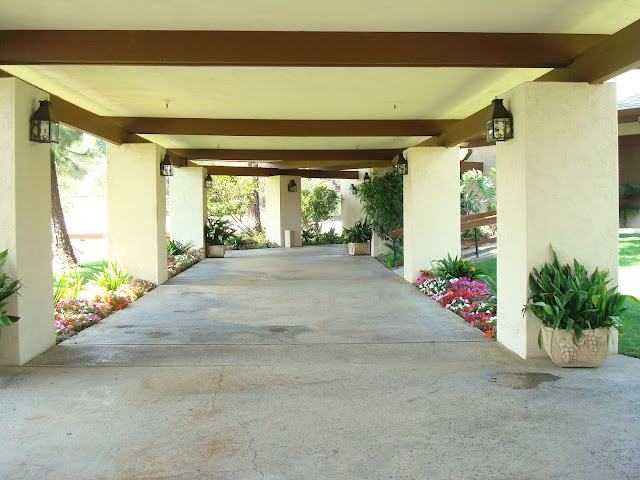 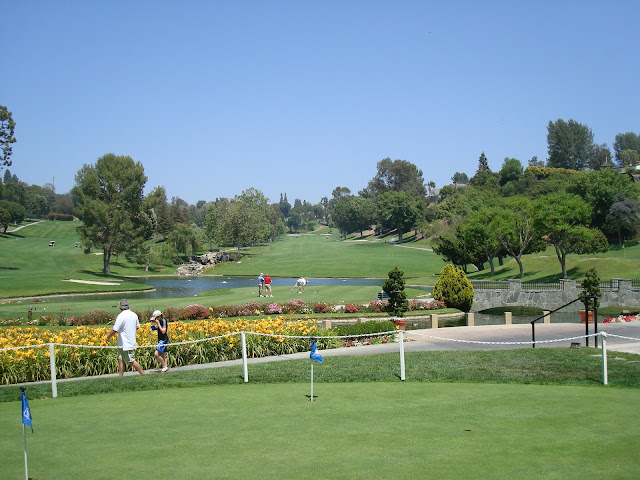 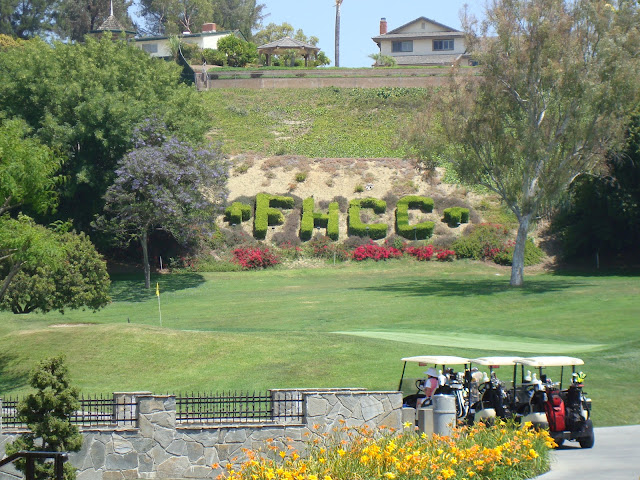 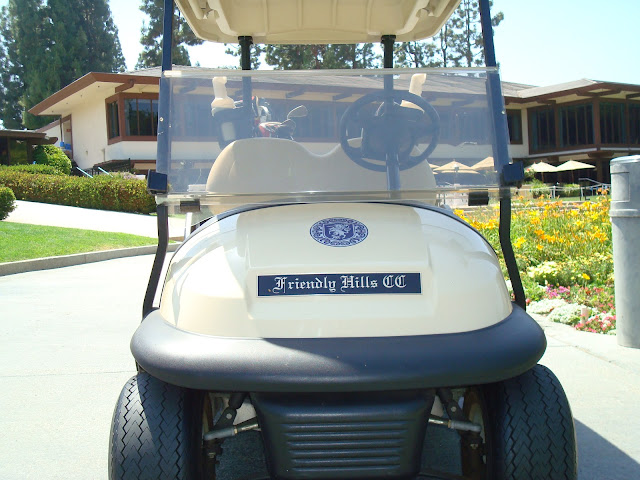 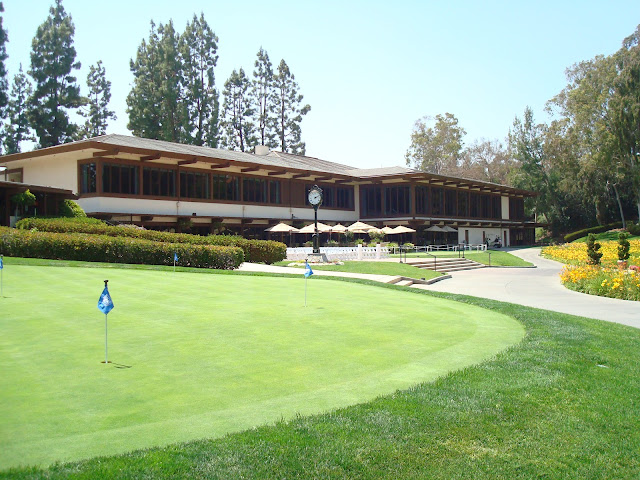 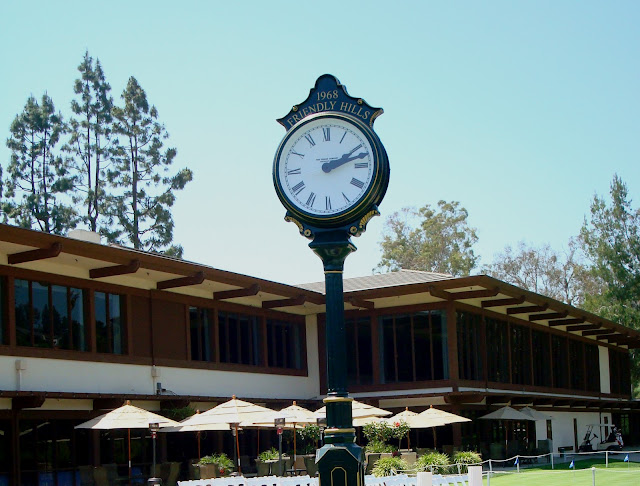 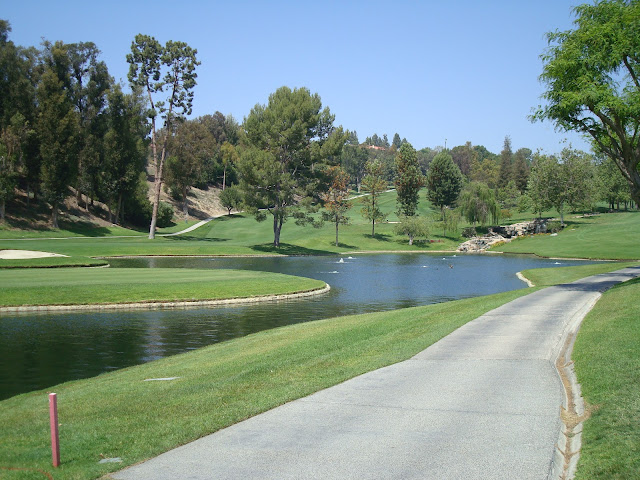