Pampas grass grows on the side of my house in unincorporated Whittier.  It is a plant that has been the target of many eradication efforts, but here it is a symbol of a local historic figure.

﻿ About a mile from my house there existed Ranchito del Fuerte, Ranch of Strong.  The ranch had a Pio Pico provenance and the mighty touch of the woman Harriet Williams Russell Strong.

Governor Pio Pico (the last Mexican governor of Alta California) had a 'country' home within his land:  Rancho Paso de Bartolo.  (My house sits on the former rancho land, too.)  In 1867, he sold 220 acres to Harriet, her husband Charles, and her brother William Henry Russell.  Harriet's life revolved around raising four daughters, but that changed after Charles committed suicide in 1883.
﻿
﻿
﻿﻿﻿
She rose from a woman who had no business, financial or farming experience to a wiz ranch owner, inventor, land sub-divider, civic leader and an early inspiration for women's rights and self-independence.  She planted oranges; English walnuts on 50 acres on what amounted to be the country's largest; and pampas plumes.  When the fad for the plumes faded, she switched to the next latest commodity, pomegranates.
﻿
Harriet overcame the water shortage by inventing and patenting dam and reservoir designs, ones that involved irrigation, catching debris, and storing water in steep valleys.  An early patent of hers was awarded in 1887, and she received her last patent for water storage in 1894.  Not only did she use her designs for herself and for profit-making, she also advocated and testified to the government of the need for federal efforts to enact flood control measures and store water for conservation and hydroelectricity.  Years following her death in 1926, two federal projects came to fruition that were based on Harriet's principles:  the Hoover Dam and the All-American Canal.

A segue from water wrangler to land subdivider occurred in 1900 when she created the Paso de Bartolo Water Company (a company with all-women stockholders) to service the land she purchased from Arcadia Bandini's Rancho Laguna holdings.  The tract Harriet subdivided was El Carmel, the first tract in today's City of Commerce.  Simons Brick Company's plant number 3 opened nearby in 1905, and Harriet's water serviced the brick compound also.

She had a full civic plate, too.  In addition to being the Whittier representative of the L.A. County Flood Control Association, she was the founding president of the Ebell Club; she was one of the first women to enter the membership of the Los Angeles Chamber of Commerce; she was a delegate in the 1920 Republican National Convention; she was a member of the National American Woman Suffrage Association, the Friday Morning Club, the Ruskin Art Club and the L.A. Symphony Association.

Not for shortage of civic organizations to participate, Harriet also founded a women's Republican group called the Hamilton Club; she founded the First Christian Science Church of Whittier; she spearheaded the efforts to save Pio Pico's house from destruction, and today the house is a part of the Pio Pico State Historic Park.

H.W.R. Strong, as she referred to herself in business records, is truly a little-known and under-appreciated role model.  Today, one of the few public markers to remember her is Strong Avenue, which runs east-west between Pioneer Boulevard and Workman Mill Road.  Her house is located further south below Beverly Boulevard on Orange Drive. 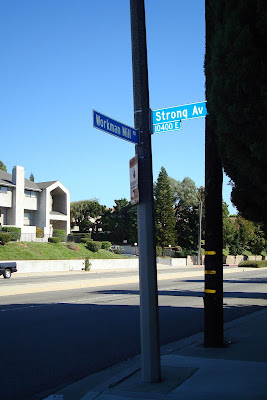 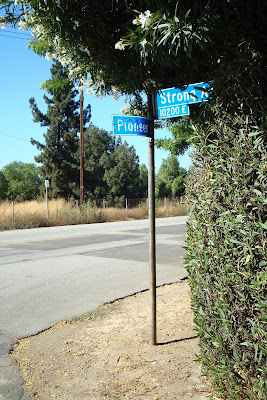